Broussard Hall is really a fascinating building.  The building is extremely well constructed (built in the 1930’s), and anyone who visits the attic is amazed at the amount of concrete that the structure contains.  There is no better place to be in the event of a severe weather outbreak.  It probably should be a historical landmark, like many other buildings here on campus.

Recently I discovered a small metal box with a lid attached to the side of the building, and I wanted to share with everyone what I have learned about this historical piece.  Please refer to the pictures below. 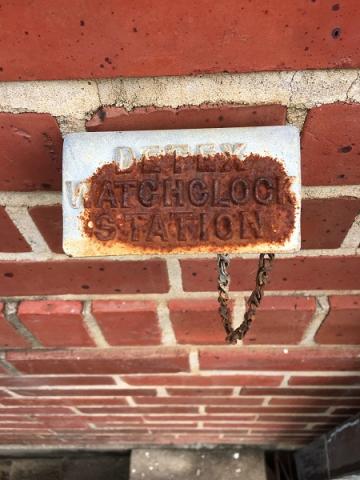 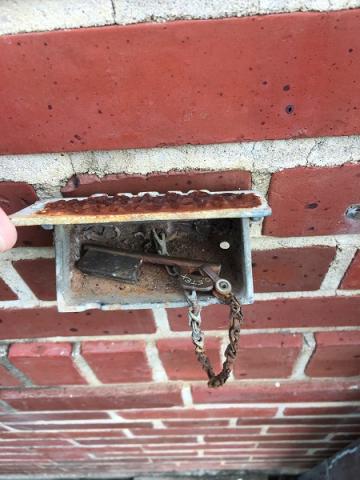 This box and its key content are actually part of an old watchclock system used by security guards.  Opening the box reveals a key inside that is attached (as revealed by the picture) to the box by a chain.

These watchclocks were manufactured by Detex for 130 years until 2011, with production ceasing due to electronic records.

If you ever pass by Broussard Hall, feel free to ask me to show you the location of this fascinating, but small piece of Broussard Hall history.